The SNB is a central player in French basketball.

It works in full collaboration with the national and international authorities of basketball and more widely with those of the sport.

The FNASS, EU Athletes or UBE are its main partners. 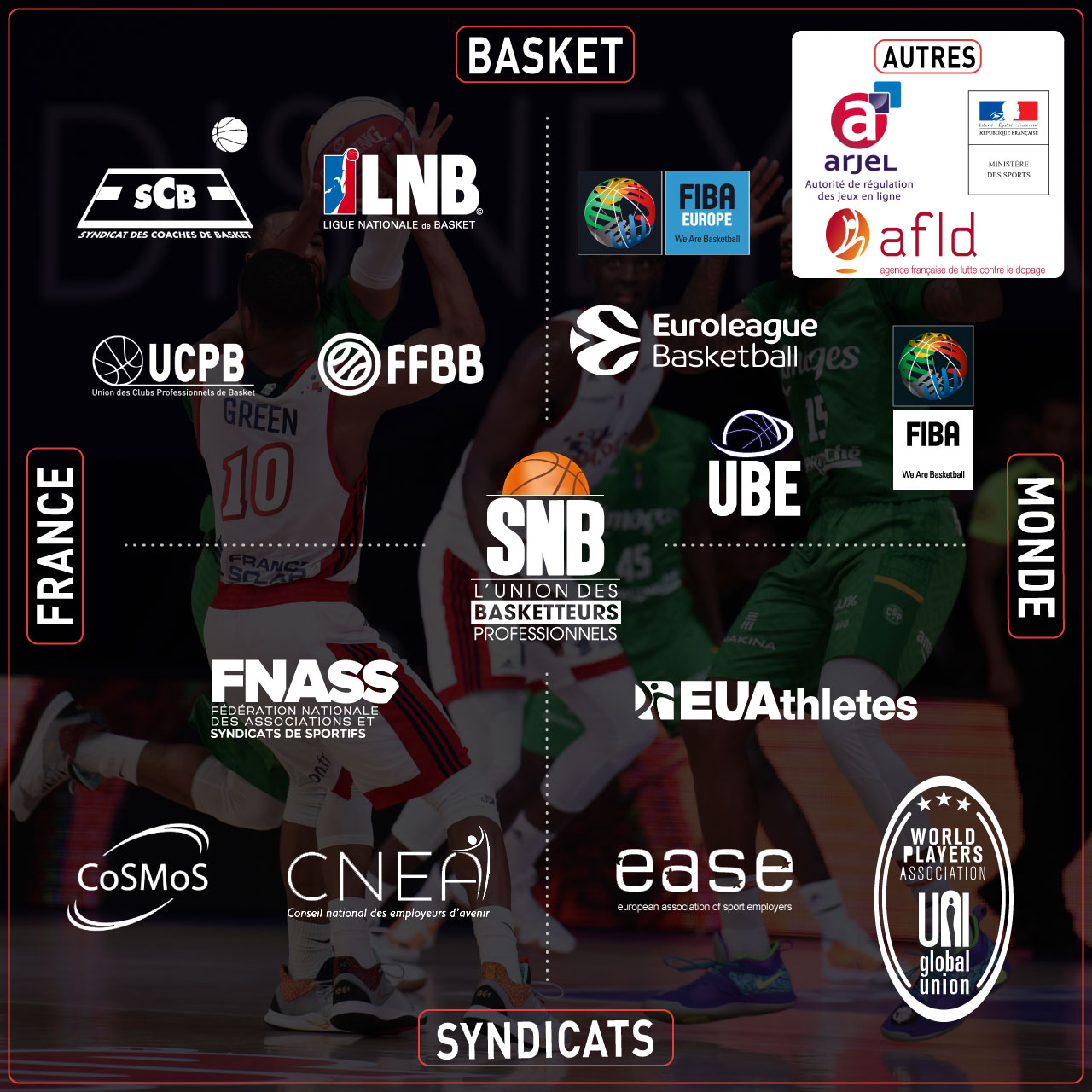 The FNASS was created in 1992 thanks to the initiative of several players’ unions, including soccer, tennis, and cycling. It was Alain GIRESSE who was elected as the first President of the FNASS.

Today, in 2022, eight unions are now members of the FNASS, including the SNB.

The initial objectives of the FNASS are to help salaried sportsmen and women of all disciplines with a view to organizing their unions and enabling them to resolve their common problems, to make their demands succeed and to resolve the difficulties specific to their professional branch.

Since its creation, the FNASS has been very strongly involved in issues affecting athletes such as health, training and retraining, regulation, and protection of the integrity of competitions, and more generally the representation of its members within their collective agreements.

It is above all the second largest trade union organization in the sports sector, representing 36.07% of the votes.

EU Athletes is the European Athletes Union. It brings together more than 35 associations or unions of players in Europe in sports as different as Gaelic sports, basketball, soccer, cycling, cricket among others. The SNB is a member of this European union.

Created in 2007 during the Rugby World Cup in France with only 5 associations present, it has never stopped growing and expanding across Europe with now players associations in Finland, Sweden, or Greece.

The objectives of EU Athletes are:
– to promote solidarity and cooperation between athletes’ and players’ associations and sports organizations at national and international level.
– to provide a platform where athletes’ and players’ associations can exchange ideas and best practices.
– to represent the collective voice of European athletes.
– to defend and promote the rights and interests of athletes.

The European Basketball Union is the union of European basketball players.

The main objective of this European union is to allow cooperation and solidarity between all its members.

It allows to exchange on common problems and to set up collective projects.