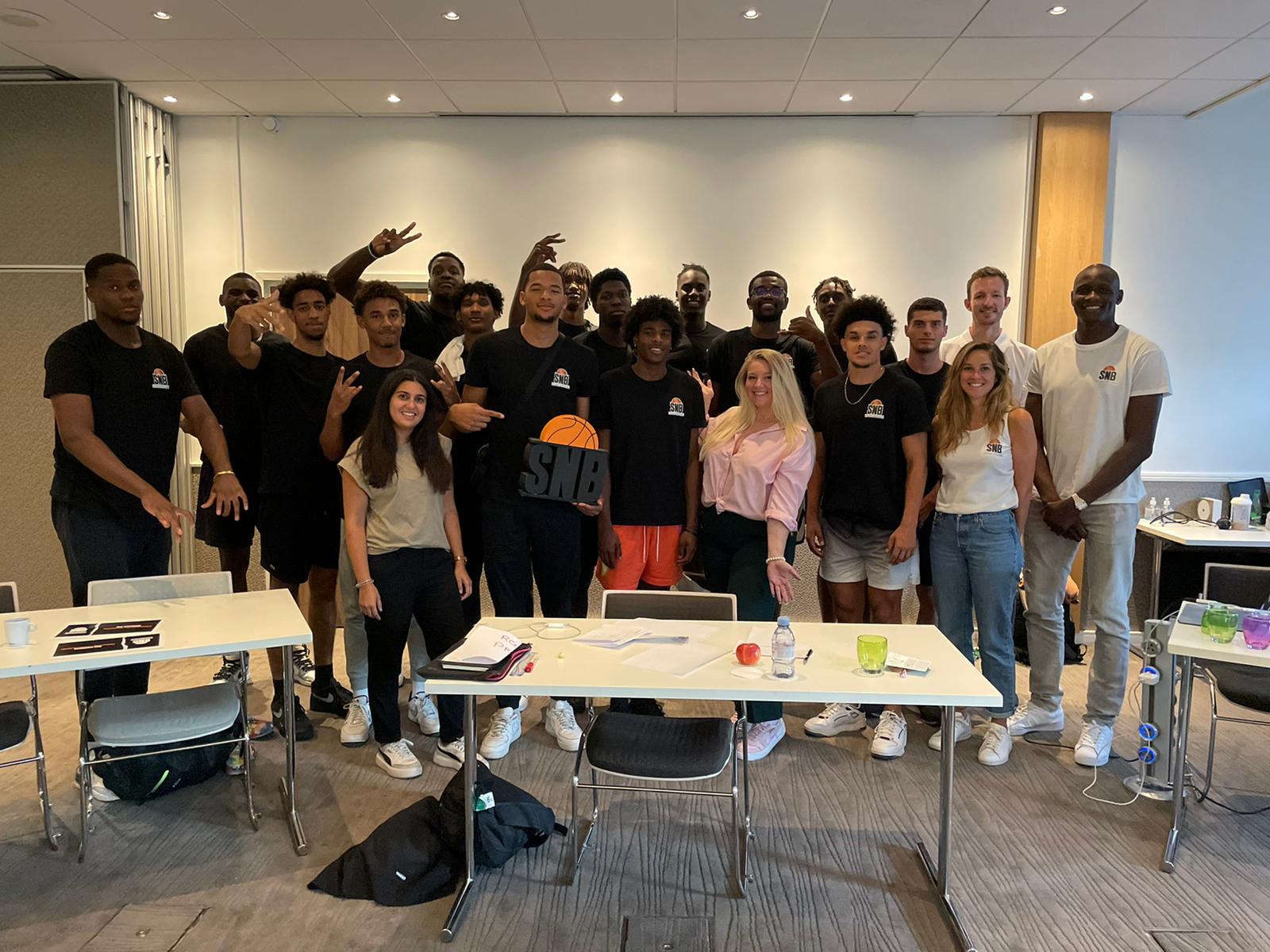 This Saturday, August 6, 2022, was the opening of the 2nd edition of the Rookie Program.

On the program, four teams who confronted each other throughout the day around 4 main themes:

A nice reward was at stake since they will be able to be accompanied in the management of social networks for several weeks and receive advice on dieting.

After an intense first day, the training was far from over.

The players and the SNB staff met again on Sunday August 7th to exchange with the different actors of the French basketball.

On the program, interventions on 5 different themes.

The day started with Thomas Kerisit, French referee, who proposed a very animated exchange on the management of refereeing before, during and after the game.

The LNB, represented by Euzhann Lerandy and Etienne Robert, then presented the role and missions of the league.

To close the morning, Michel Veyronnet, sports director of ASVEL, exchanged with the players on the expectations and the requirements of a club as well as on the recruitment.

Finally, the second part of the day was marked by the intervention of Julien Mahé, coach at Saint Quentin. He discussed with the youngsters the coach/player relationship and the expectations of the coach.

The day ended with an exchange with Guillaume Althoffer on the profession of sports agent.

An intense and complete two-day training which, we hope, will allow the players present to approach the beginning of the season with essential information and beneficial advice to lead a long and beautiful career.

We would like to thank all the speakers for their time and valuable advice to the players.

A big thank you to the players who were dynamic and enthusiastic despite the intensity of this weekend!

A 2nd edition under the sign of learning and good mood.

We wish you all a great sporting season!