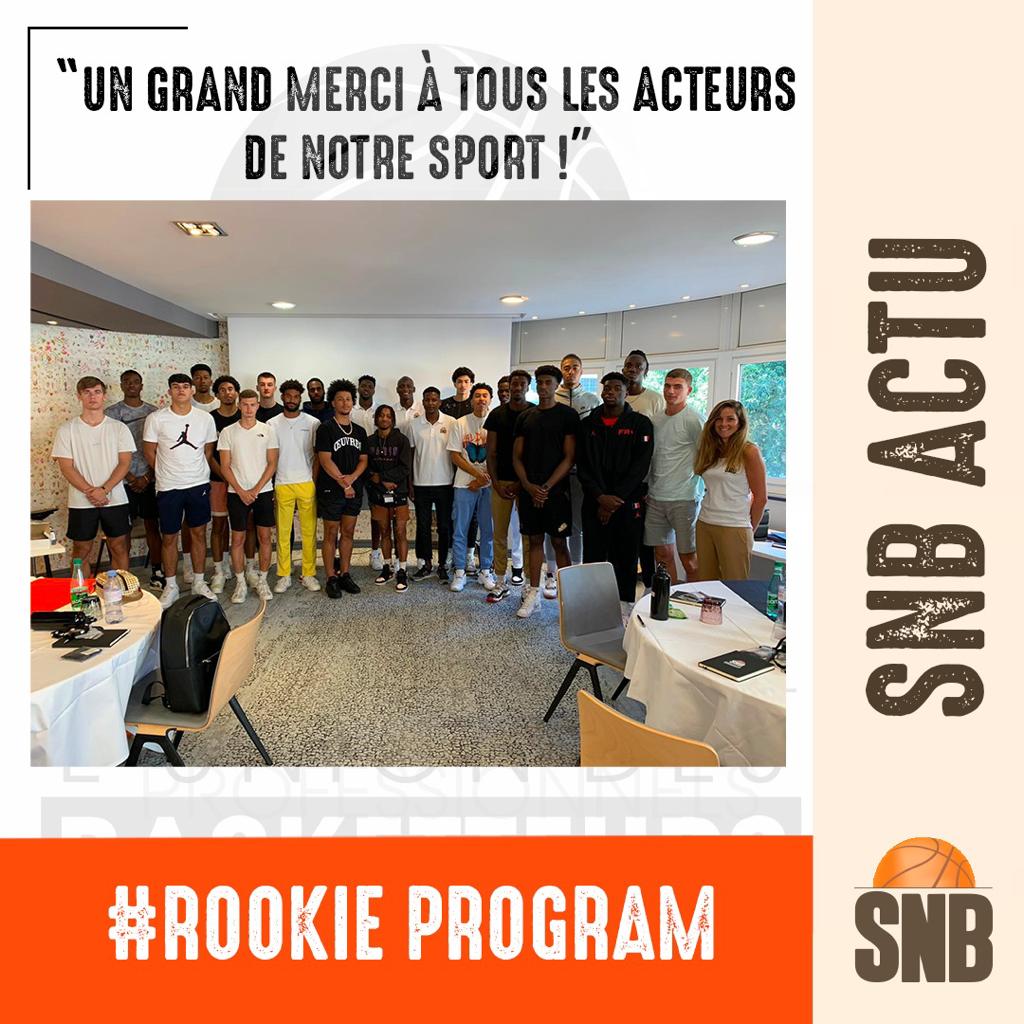 The President, Amara SY, closed these two days of training by sending a last message to the players and by thanking all the actors who contributed to the success of this first edition.

Thanks to this great team, we were able to offer a complete training to these young players. The result is more than positive!

We would like to thank once again the Betclic Elite and Pro B clubs for having accepted to free the players, the speakers of the National Basketball League, Mickaël Contreras and Etienne Robert, the Coaches Union, represented by Julien Espinosa, Guillaume Althoffer, for his presentation on the agent’s job and finally the Referees Union, represented by Thomas Kerisit, with whom we could exchange, for the first time, on refereeing.

We would also like to thank Mrs. Larissa Anderson, from the Promasport agency, for her intervention on the management of social networks and Fedora, from the Full Performance agency, for her presentation on nutrition and invisible training.

We would like to thank all the players who responded to our invitation.

We could count on your attention, your seriousness and your participation!

We would like to thank our cameraman, Florent Heurtebise, who followed the players and the speakers during these two days.

Finally, we would like to congratulate Jacques Alingue, player at the JDA Dijon and trainee for six months in the SNB, for his investment and his work. He proves that a double project is possible and we are very happy to have been able to accompany him in this one.

To perpetuate this event from next season and to develop it in the female sector with the young players!